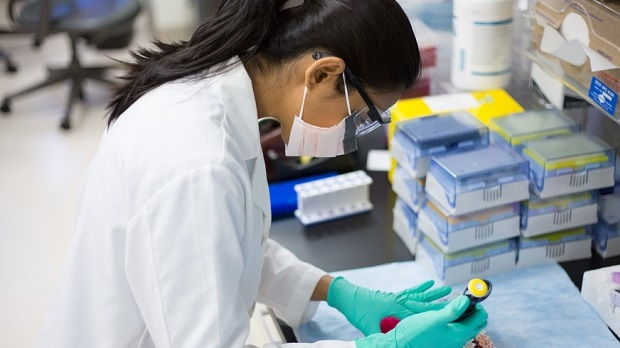 microRNAs (miRNAs) are short ~19 – 24 nucleotide non-coding RNA molecules that post-transcriptionally regulate gene expression via binding (RNA interference) to mRNA. miRNAs do not require a perfect match for target recognition. miRNA seed region nucleotides 2 – 8 within the miRNA 5’ end have been experimentally shown to be most important for target recognition / binding affinity. Repression of gene expression usually occurs by either of two major mechanisms; mRNA cleavage for which mRNA levels are depleted or inhibition of translational for which mRNA levels may remain unchanged though are “blocked” from translation into proteins. Most miRNA binding has been observed within the 3’UTR of their target mRNA/genes though examples have been shown for binding within mRNA coding regions. As of February 2017 the miRBase database lists >2500 mature miRNAs for humans. A single miRNA may target numerous genes whilst a single gene may be targeted by a number of different miRNAs. miRNAs are expressed in a tissue / cell specific manner with expression profiles changing at different stages of development as well as in response to different disease conditions with many of these miRNA changes also contributing to the progression of these diseases. miRNAs have been shown to regulate a vast array of cellular processes including proliferation, migration and apoptosis many of such processes having implication for cancer and other disease prognosis. Hence miRNAs have emerged as not only potential biomarkers for disease but also as potential therapeutic targets.