Aubrey de Grey and the fight against aging 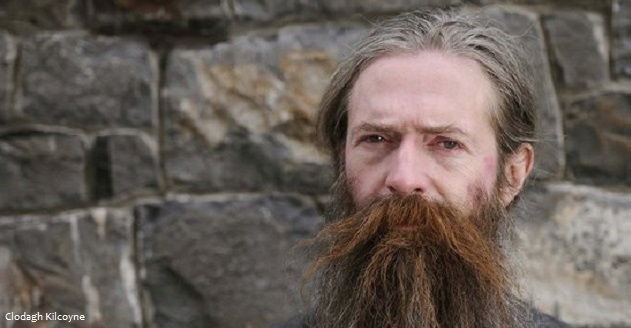 Aubrey de Grey (pictured above) believes that it may be possible to “oscillate” between the biological state of 20 to 25 (years old) indefinitely. de Grey believes this could be achieved by a continuous maintenance and repair approach. de Grey says he is primarily driven by the desire to alleviate the suffering caused by illnesses and diseases associated with aging. In this sense de Grey says he is focused on pure medical research and that longevity would be a secondary bonus. de Grey is not just a big dreamer or a big talker, he is also putting in an enormous amount of effort in the hope of making this goal a reality. de Grey was born in London, England in 1963. He graduated with a computer science degree from the University of Cambridge in 1985. de Grey later embarked on an interdisciplinary path (combining computer science & biological science) at Cambridge University managing the fruit fly database. In 2000, Cambridge awarded de Grey his PhD in biology. In 2003 de Grey co-founded the Methuselah Foundation. In 2007 he co-authored the book Ending Aging, and in 2009 he co-founded the SENS Research Foundation where he currently sits as the Chief Science Officer. It has been reported that de Grey has donated close to $13 million (US) of his own inheritance to the California based SENS Research Foundation. Both the SENS Research Foundation and the Methuselah Foundation fund regenerative medicine research around the world aimed at repairing the damage caused by the diseases of aging. The Methuselah Foundation's Methuselah Mouse Prize (currently with $1.4 million US available) is being offered to the scientific research team who develop the longest living mouse. When aging in mice is shown to be treatable it is believed that the funding necessary to defeat aging in humans will then be made available. Another big prize in the anti-aging fight is the Palo Alto Longevity Prize valued at $1 million US. There are two $500 000 prizes. The first will be awarded to the team that can demonstrate the restoration of homeostatic capacity (using heart rate variability as a measure) in an aged animal against that of a young adult animal. The second will be awarded to the team that can demonstrate the extension (by 50%) to the lifespan of a mammal.

Please consider donating to the SENS Research Foundation or any of these other fabulous organisations.